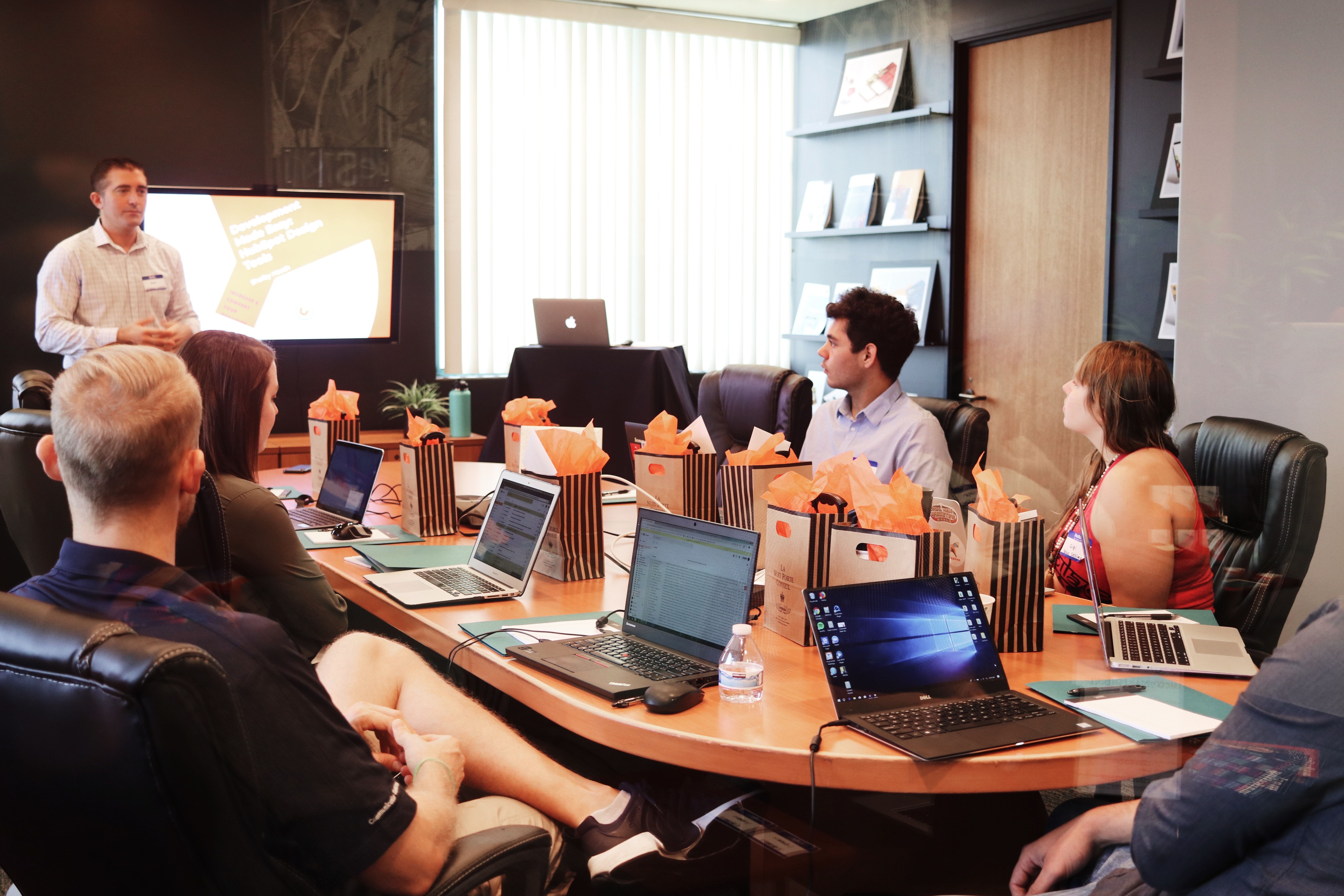 There’s an interesting and somewhat under-represented area for growth where technology and legal expertise come together to solve big business problems. In this equation, technology is not simply replacing legal talent, but rather supplementing it or taking it in new directions, which have not previously been considered. But why is this not currently a greater area of focus?

Kenny Robertson at RBS believes there are a number of factors. One might lie in the way lawyers are trained and therefore the way that they conceptualise their role in the world, where everything is filtered through the practice of law. Robertson also wonders whether the general conservatism of the legal industry and resistance to change are also factors.

“I think law is still very much an analogue industry in the way it thinks about itself.  I heard on a podcast a while ago that if a lawyer from 80 years ago walked into a law firm office now, apart from the computer on the desk, it is by and large the same job, with the same principles underpinning it now as all those years ago. To say it’s change resistant is an understatement! But people who are in-house mostly used to be in private practice, so we still have a lot of those habits and ways of thinking.”

Robertson believes some of this is related to the fact that many lawyers feel less confident around numbers and data than some of their peers in the C-suite and as a result, historically, many legal departments were operationally a mess.

“Many departments were ripe for disruption. And when you have someone come along, who can do numbers or who can do project management or analytics, or data engineering it's just like ‘Wow, you're the cleverest person in the world!’“

For Robertson, it’s that many legal teams were and still are playing catch up with other areas of business regarding the use of data, and haven’t yet felt the desire to make the intellectual leap to new ways of how data could be used. Legal commentator, Mark Cohen, echoes this in his analysis of law firms’ reluctance to use data to inform decisions.

"How can a trillion-dollar global industry that serves the largest, most tech-savvy businesses remain a data wasteland in the digital era?  Short answer: legal culture and the myth of lawyer exceptionalism; law’s traditional labor-intensive, leveraged approach that supports the traditional partnership model, sustains profit-per-partner,  and is the cornerstone of its resistance to change; a growing misalignment with business, especially its reliance on data; limited investment; and law’s spurious correlation between data and confidentiality.”

Dan Kayne, General Counsel (Regions) at Network Rail, agrees that much of the focus on what lawyers do in legal tech emanates from the ‘lawyers are special’ bias inherent not only in legal culture but also in legal training. Dissatisfaction with this viewpoint led Kayne to create the ‘O Shaped Lawyer’ Programme which critically examines the required competencies for future lawyers in the light of the needs and demands of businesses. He feels that legal education has remained stagnant for decades, with too much emphasis on technical legal training and too little on the skills that are so crucial in today’s business environment.  Whilst many in-house lawyers, through their experiences in corporates, have greater opportunity to develop those broader skill sets, private practice lawyers are rarely afforded the same time or opportunity to develop them.  That’s not good for the individual or for their clients.

In addition to the ‘O’, Kayne references the Delta Skills Model, as developed by Cat Moon of Vanderbilt University Law school, as a useful template for thinking about the issues around legal tech.

“The Delta Model and the ‘O’ are so complementary - too many lawyers are still focused on the base of the pyramid placing the greatest emphasis on traditional legal knowledge and competencies above all else.  Whilst we continue to see disruption in the profession around the process part of the model, through operations and tech, the people part largely remains an afterthought in education and practice.  I find this incredible - people, culture and engagement drive everything – we have to flip it on its head – it’s why the ‘O’ has become more important than ever.”

What this lack of focus on a well-rounded development in the legal profession leads to, says Kayne, is that it’s harder to get people to think about the broader contexts.

“If you encourage people to learn and develop in a much broader way it is likely to lead to different areas of focus, decision making and therefore outcomes, around the use of technology. It is so easy to be tempted by the multitude of new shiny tools available in legal tech without really interrogating their fundamental utility and without imagining or pushing for more creative and adaptable applications.”

Carolyn Jameson, Chief Legal and Policy Officer at Trustpilot agrees. She feels that the lack of creativity in applications of legal technology may be around perceptions of lawyers - both their own and other peoples’:

“People will try and put lawyers in a box, questioning involvement in things that are perceived to be ‘business stuff’. It can discourage lawyers from thinking outside of their legal box.” It can also be a reaction based on fear;not wanting to explore the application of technology beyond legal process tools in case it becomes a fundamental threat to lawyers’ very existence.”

The plethora of legal technology operational tools available is also part of the problem, says Kayne, given that many of these tools are still limited in what they can actually achieve. Another factor to consider is who is developing these tools? The inherent professional bias of lawyers towards other lawyers may actually be a disadvantage. Buying a product developed or supported by ex-lawyers might seem like a safe bet, but that in itself could be part of the problem – whilst we continue to rely on those who know the system, we aren’t lifting our heads up and seeing what other sectors are doing.  We may be improving but playing it safe is a sure way to keep us behind the technology revolution curve.

Kenny Robertson from RBS agrees that the direction legal technology is currently moving in is a factor limiting the more creative application of technology and law to solve business problems. He believes that part of the issue is that the current crop of legal technology is overhyped and not generally living up to that hype.

“I think on the provider side there’s been a huge amount of hyperbole over what technology can do; most of it is overstated. From the in-house perspective, when an experience with legal tech is not great it can force your creative processes to stop with it. If the answer isn’t satisfactory, you stop asking the question.”

Professor Richard Susskind, a pioneer in considering the potential for the application of technology across the professions, feels that this operational bias is not just unique to law:

“There is a preference for ‘automation’ of past practices over ‘transformation’ of the underpinning business model.”

This stasis is what was identified by Accenture in their Technology Visions 2020 report that businesses are often unable to imagine new ways of doing business inspired by our new technologies and instead just map technology onto past ways of working. The fact that the law is still a hugely successful profession in its current status quo adds an additional layer of stasis as Susskind explains:

"When speaking at partners’ conferences of successful firms, I often say it is hard to convince a roomful of millionaires that they’ve got their business model wrong. The market does not incentivize more ambitious use of technology than process improvement, and this has been especially so during the crisis – the emphasis has been on remote working rather than, say, AI.”

Read the third article in the Business Law series. 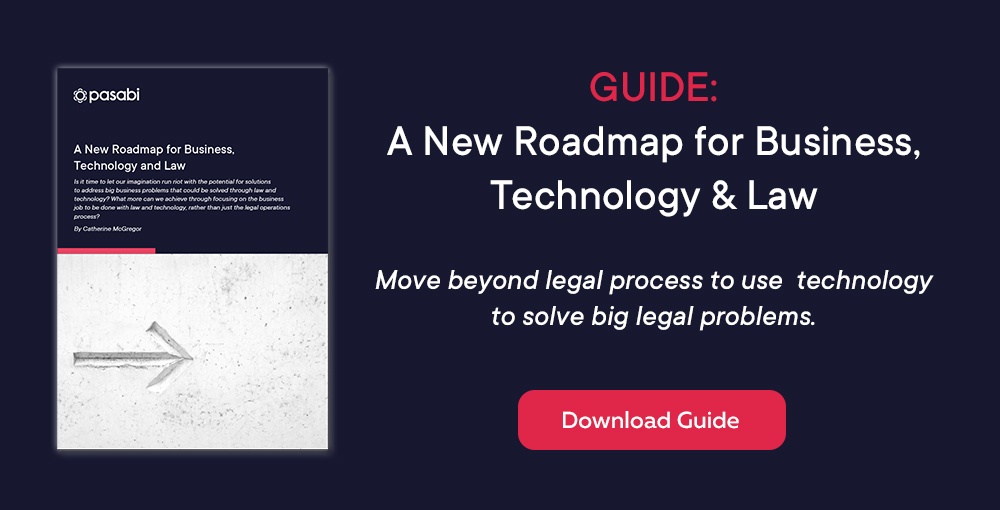