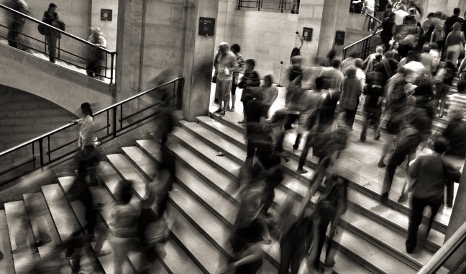 'The question of what we mean by trust, I think economists focus on belief in the reliability of other parties in a market setting. Can you trust them to deliver what they are expected to deliver?’

Barry Eichengreen, economist and professor at UC Berkeley and Orkun Saka, assistant professor of Economics at City, University of London discuss the decline of trust in scientists, how this has manifested during the pandemic and what this means going forward for society as a whole.

With their initial research proposal pre-dating the Covid pandemic, and having established that the global financial crisis of 2008 undermined public trust in financial institutions, the economists were originally interested in looking at the connection between financial crises and trust. However, when the pandemic hit, they shifted their focus to looking at the effects of the global epidemic on trust instead.

They were particularly interested in the surprising finding that the loss of trust was most significant among 18-25 year olds. A likely contributory factor, they believe, is that this age group is at an influential stage, forming their political identities, and any experiences encountered at this stage can dramatically shape their lives and outlook.

If you would like to hear more insights from Barry and Orkun’s research, why not have a listen to the full interview:

The following is a short excerpt from the podcast.

Barry Eichengreen: ‘Scientists are not always good at communicating their results to the public. Scientists as individuals can be politicised, so you mentioned the way Trump and others went after Faucci and others during the pandemic. Disagreements among scientists came to the fore - there was the Great Barrington Declaration where one group of scientists said no to lockdowns and another group said yes. The public gets very disconcerted when they hear disagreements between scientists and they begin to question the confidence of individuals.’

Chris Downie: ‘On that point there, I guess science underpins our society and our progress so to lose faith in that would be really daunting. And as you say, it’s easier to point to an individual and say I believe science will say this but I’m not sure if you’re going to do it. I guess that’s true that the personality gives it some focus for people to vent their frustrations and then to be used as a tool by politicians.’

Catherine McGregor: ‘I think the problem as well is that many scientists may seem quite removed from everyday lives. You may not come into contact with scientists apart from seeing them reported on the television, press conferences with the politicians who also are not apparently creating much trust. Whereas, if we contrast the reaction with many frontline healthcare workers who obviously I think people have very positive reactions to them because they’re in immediate contact with those people, versus scientists who for many may seem like a distant, amorphous group that we don’t deal with in our day-to-day lives.’