The Authenticity of Online Reviews and Consumer Trust 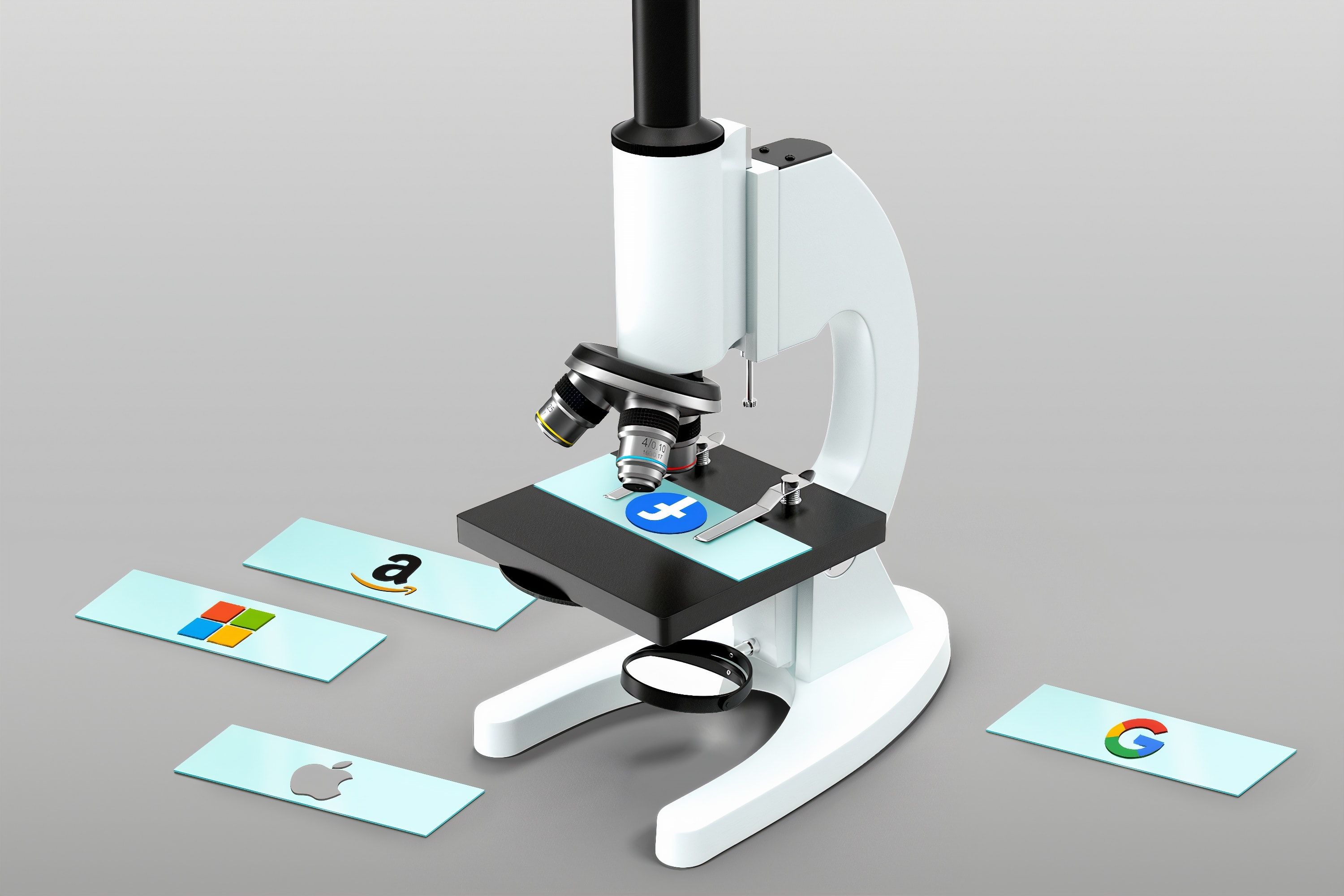 “I'm not upset that you lied to me, I'm upset that from now on I can't believe you.”

Trust is fundamental to the success of all relationships. Between parent and child; partners in a relationship; consumers and commercial enterprises. Without it, relationships cannot be sustained and inevitably fail. Without repeat sales, businesses fold.

We live in a society where we are seemingly more trusting than we’ve ever been. Developments in how we live our lives nowadays necessitates an unprecedented level of trust. Airbnb and Uber are two perfect examples of this.

Before the existence of Airbnb, we would have found it unimaginable to stay at a stranger’s home, in another city and pay for the privilege!

Uber drivers have no boss, no set hours and no physical office. Yet we are perfectly happy to get in a car with a complete stranger to take us where we need to go. We will even do this in an unfamiliar city in another country without a second thought. What makes these commercial exchanges possible?

The answer is quite simply online reviews. If an Uber driver has had predominantly positive reviews, we trust it’s safe to travel with them. If an Airbnb property’s review boasts amazing views, comfortable beds and a 5-star location, who wouldn’t want to stay at that property?

These two examples highlight the necessity for and importance of genuine, trusted online reviews. The high level of trust required in these exchanges is entirely attributed to its online reviews. And with an increasing number of consumers shopping online for more products and services, this need will only continue to grow for commercial enterprises. The key word, however, is trusted.

Consumers have more information at their fingertips and so require fewer interactions with companies before deciding to buy. They are able to take time evaluating alternatives before making an informed purchase decision. Online, trusted reviews are key to this stage as consumers look to peer generated reviews to help inform their choice. In fact, 89% of consumers worldwide check online reviews before making purchases.

Confidence levels in governments, religious institutions and social media influencers is diminishing with 96% of consumers no longer trusting social media influencers. Instead, consumers turn to family, friends and online reviews as credible sources of feedback and recommendations. When reviews turn out to be fake, confidence levels drop further and companies find it hard to recover. Nietzsche is right; it’s hard to win back lost trust. You never get a second chance to make a first impression, as the saying goes. This is why it’s vital that businesses do everything possible to ensure the trustworthiness of the reviews written about them.

Reviews that can damage consumer trust

Organisations face real challenges in tackling a range of bad behaviours on their platforms to meet the high standards that consumers expect, and to maintain trust.

Astroturfing is the colloquial name given to the practice of promoting positive support or opinion for a product or service on forums, blogs or reviews. Marketers attempt to influence star ratings for a product or service by posting fake, inflationary reviews or paying users to do so for them. This could equally be done with the intent to attack a rival company rather than promote their own. The person posting the fake reviews could be incentivised to do so by getting the product for free or earning a gift, such as a holiday.

On the other hand, it’s right to be cautious if there are an overwhelming number of overly positive reviews… unless you’re looking at reviews for Harry Potter books!

Too good to be true

The proliferation of fake reviews has led 49% of consumers to believe “too many companies” are “creating fake reviews online”.  Consumers are becoming more suspicious of 5 star ratings. Can the product really be as good as it seems, or at least as good as the reviewer claims it to be? How can we trust they weren’t incentivised to write a positive review or in fact that they even purchased the product or experienced the service? Don’t be fooled by the term ‘Verified Purchase’. The term is ‘Verified Purchase’, not ‘Verified Review’ for a reason. Just because the product has been ‘purchased’ by the reviewer, doesn’t mean the content of their review has been verified.

In December 2019, Amazon announced it was taking legal action after it discovered 4 and 5 star reviews were being sold on its website. A German company claimed to have 3,000 UK testers who were paid to post favourable reviews on the tech giant’s site. Under UK Consumer Protection Law, fake reviews are illegal.

Flaws in eBay’s review system have recently allowed for customers to be misled into substandard and counterfeit goods, according to the Telegraph newspaper, 13 March 2020. It is alleged sellers can share positive reviews on items from big name brands, such as Apple and Samsung, to their inferior listings - blending together legitimate and fake listings. An investigation from consumer group Which? found that vendors could use the same product ID on their listings as real products which led to more positive reviews for inferior products.

As part of the Which? investigation, they discovered that more than 33,000 “Apple” and “Samsung” accessories had been sold and “all fell short” of what buyers would expect with some being outright fakes.

Online reviews are often the first impression a business makes. On average, prospective customers read 10 online reviews before they trust a local business. Isn’t it important to be aware of the online conversation around your business? If fake reviews, either overly positive (unconvincingly written) or distinctly negative (damaging to the business) are found, this can have a serious impact on trust in and accordingly the longevity of the business.

So, what are the hallmarks of fake online reviews? Tell-tale signs such as poorly written reviews, lack of a profile picture and overly positive language are all indicators of fabrication. Some of these signs are easy to spot. Whereas others, such as spotting a cluster of reviews around the same time frame, or patterns of reviewer behaviour, for example similar use of language, are harder to notice. In fact, our capacity for dishonesty is as fundamental to us as our need to trust others, which ironically makes humans terrible at detecting lies.

According to Adam French of Which?, online reviews influence more than £20billion a year in transactions in the UK, so it is vital that consumers are not being misled. Therefore the world's biggest websites must do more to crack down on fakers.

Truth bias (Vrij, 2008) is a common finding in deception detection research where human judges are more likely to classify an opinion as truthful than deceptive.  This means that favour lies with the liar because ultimately people want to believe what they see, hear or read.

An example of this is when a parent asks their child how their exams are going. The automatic reply from their child is to say that they’re going well. The parent wants to believe this to be true.

Sadly, the online world is full of more serious examples, like the fake news currently circulating regarding the so-called “facts about Coronavirus”. Claims such as eating garlic to prevent catching the virus are untrue and unfounded. One woman, according to the South China Morning Post, had to receive medical attention for a severely inflamed throat having eaten 1.5kg of raw garlic. The message is clear; we particularly want to believe what we read when it’s claiming to give the desired outcome.

From a consumer’s point of view, truth bias would lead someone to believe that the very positive Amazon review they’re reading is true rather than suspect it’s fake. From a business’ perspective, it means that apart from the logistical challenges faced, it is far less accurate to rely on humans to spot deception on a large scale. Manually sifting through hundreds of written reviews looking for potential fakes is a very time-consuming and low-yielding task. We rely heavily on visual cues when spotting deception, something lacking in deciphering written reviews. That coupled with our propensity to believe what we read makes it a very challenging task indeed.

So, how can online review platforms and brands that offer customer review  functionality protect themselves from such fakery?

The emergence of AI technology is starting to provide the tools that will allow organisations to combat the problem at scale, clean up reviews and provide for a more authentic customer experience.  Learn more about our fake review detection solution.

Trustpilot: The critical role of reviews in Internet trust (February 2020) 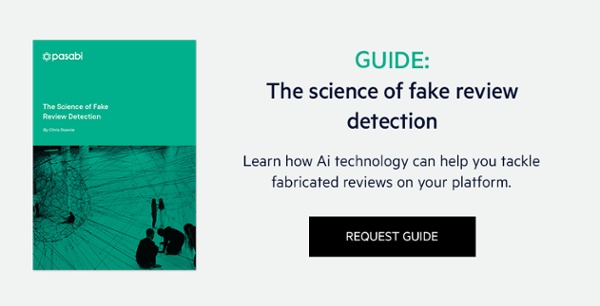